The Siren Call of Brain Dumps 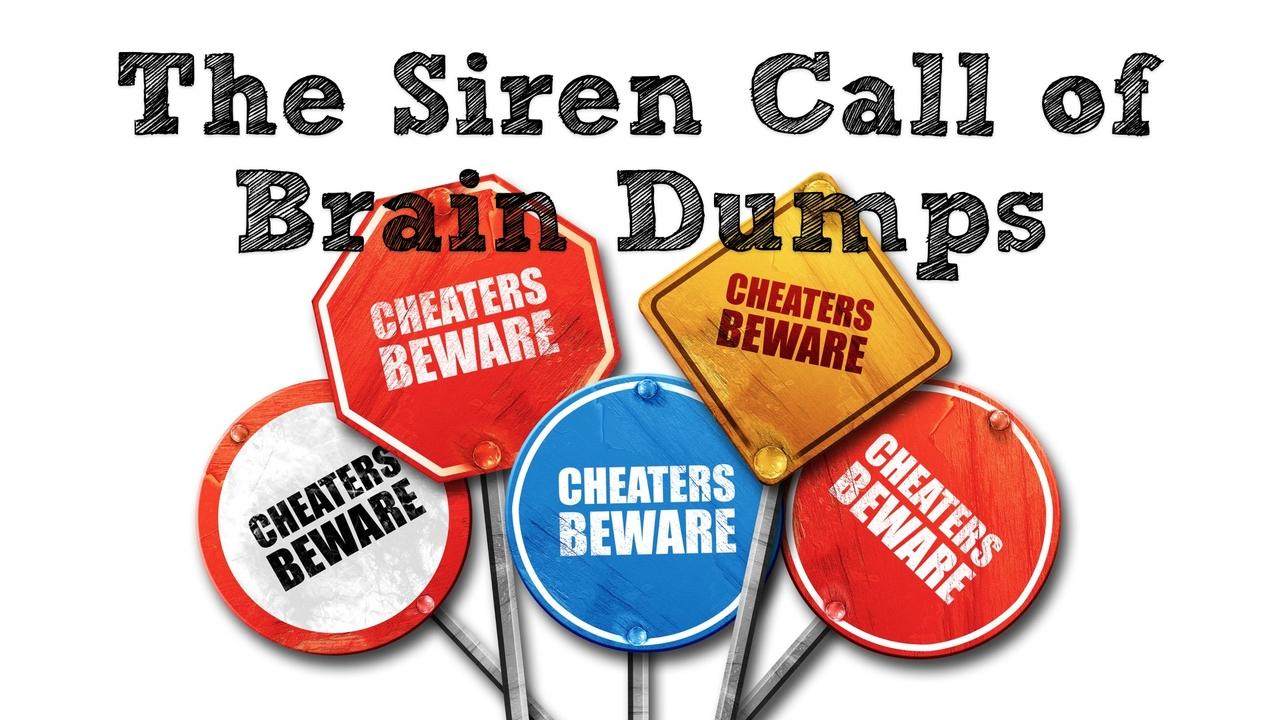 Back in my high school days, I took a class in mythology, and one of the stories that really stands out to me is the story of the Sirens. These Sirens were alluring creatures, with amazing voices, and they made beautiful music. They lived on islands, and they would sing out to sailors sailing pass their islands. Upon seeing the beauty of the Sirens and hearing their music, the sailors would steer their ships toward the islands, only to have their ships destroyed by the rocks surrounding the islands.

Today, we use the term Siren call to refer to something that looks appealing but is actually dangerous, and I think that is a great description of brain dumps. You’ve probably heard of these brain dumps, where people take an exam and post online the exact questions they saw on the exam. However, it’s not just individuals posting these questions from their short term memory, there are also companies with collections of actual exam questions that they sell on the Internet. Of course, using these questions to prepare for an exam is violating the agreement you sign when you take an exam. Using brain dumps is not something we want to do. Even though it might look appealing, it can be dangerous. 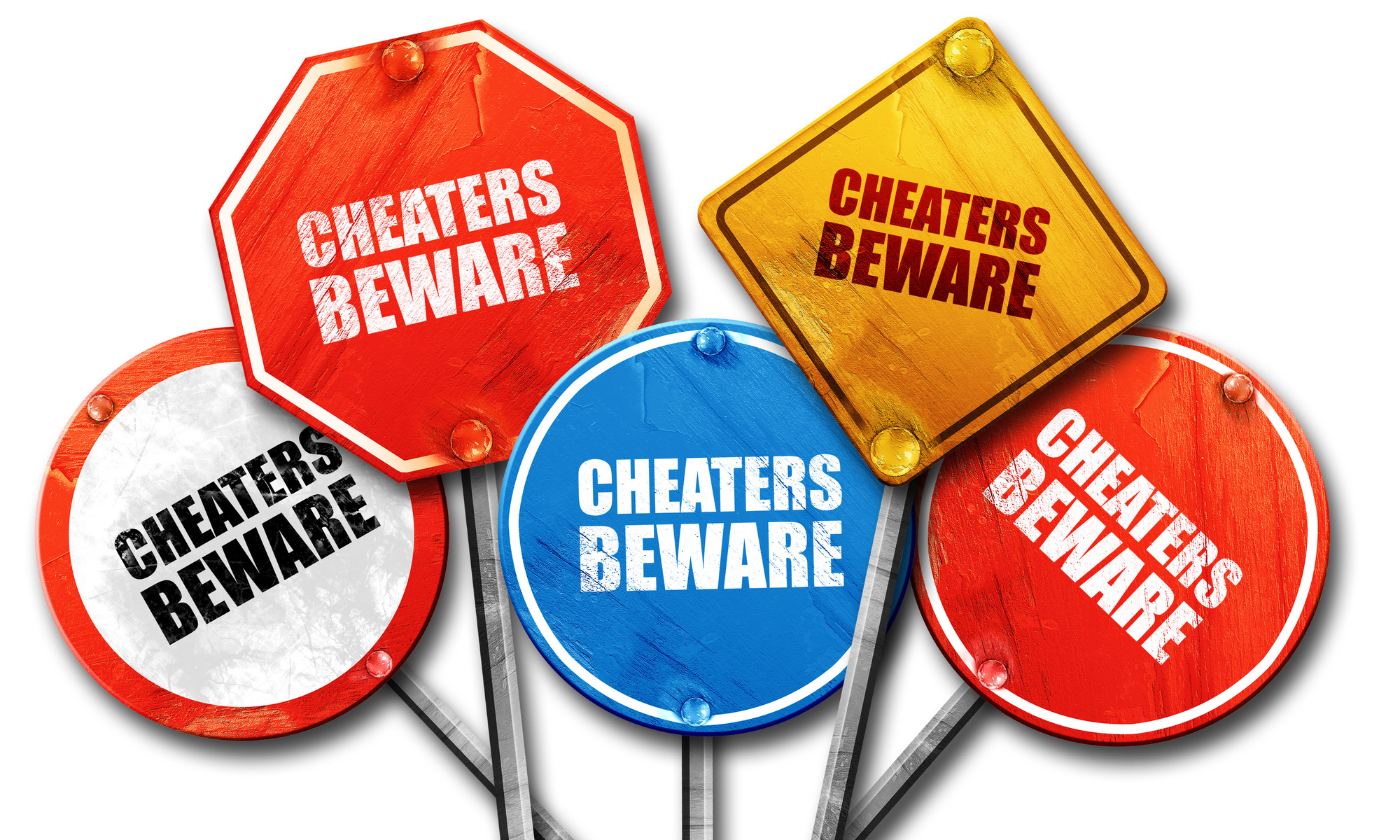 The purpose of this blog post is to help you understand three big points about using brain dumps:

You Can be Caught

How is Cisco going to know if you use a brain dump site? Well, several years ago, Cisco started using data forensics, where they monitor the pattern of how you answer questions on an exam. Microsoft had actually been doing this with their exams for some time, and then Cisco adopted this practice. I love the quote from one of the Microsoft Learning representatives who said, “We’re not going to tell you how we know you’re cheating, but we know.”

Personally, I don’t know how Cisco performs their data forensics on exams. Although, I can imagine that they could easily measure how much time you take on one questions versus another question. Since Cisco has a big data set, they could have a population distribution (to use a statistical term) that shows how long people tend to take in answering specific questions. Let’s say the time you took to answer a particular question was two standard deviations below the population mean. Answering a question so quickly would make you an outlier, and that’s suspicious.

With office politics being what it is, imagine what could happen if a coworker knows you’ve used a brain dump to prepare for an exam. If you have an issue with that person at some point, they could report you to Cisco’s tip line, causing you to be investigated and possibly lose your certs.

The Impact on Your Career

Someone who prepares for their certification exams using brain dumps is going to know, deep down in their soul, they didn’t really earn that certification. Then, if they get a job partly based on their certification, they’re always going to have a nagging thought in the back of their mind saying they might not deserve that job.

Cisco says that if you’re caught cheating, you could be banned from all future exams, and they also have the option of revoking your existing certifications. So, if your career is largely built on the certifications you’ve earned, getting caught could devastate your career. I hope you would agree at this point that it’s not worth the risk, not to mention that it’s morally wrong.

Here’s a myth: “If I study hard for all my Cisco exams, read the Official Certification Guides, do the guides’ practice exam questions, and get hands-on experience by doing lab exercises, then I can pass my exams every single time.” I say this is a myth, because if you take a good number of Cisco exams, you’ll probably fail some of them. Personally, I’ve failed many exams. Although a “failure” on an exam no longer comes as a big surprise to me, in the early days I would get really discouraged. For example, I began to believe I would never pass that exam.

Instead of feeling as I did, here’s the mindset I encourage you to adopt: I want you to go into your first attempt at an exam, and view it as a “fact finding attempt.” You want to learn the structure of the exam. Are there simulation questions? Are there troubleshooting questions? How much time do you need to allocate to different types of questions?

The good news is, if you do properly prepare for exams ahead of time, you should pass a good percentage of those exams. However, by going into the exam with a fact finding mindset, you’ll not only be less disappointed if you don’t pass, you’ll ease some of the self-imposed pressure as you’re taking the exam.

That failure was not due to a lack of technical knowledge. Instead, it was that Cisco had altered the way they presented some of their questions. It was full of interactive troubleshooting scenarios. Also, in my first attempt, I didn’t know how to access all of the topological diagrams Cisco provided on the exam. So, don’t be surprised when you fail an exam. By the way, once I understood the exam structure  and developed strategies for taking that exam, many of my students went on to earn perfect scores on the exam.

What to Do After a Failed Attempt

If you find yourself not passing an exam, I recommend that you leave the exam center, get in your car, and write down as many questions as you can remember that tripped you up. Your notes are not to be shared with anyone else. They're just intended for your personal preparation for your next attempt. Then, go research those trouble spots you encountered.

When I’ve shared my thoughts on the concept of a “fact finding” attempt in the past, it has invariably drawn very strong reactions. Many exam candidates are outraged that they might need to take some exams multiple times. They argue about how unfair it is.

I’ll not enter the debate about whether it’s fair or not. Instead, I’d rather accept the system for what it is, and instead of expending my energies declaring any perceived injustices, just focus on navigating my way through any future failed exam attempts on the journey to my certification goals.

This blog post discussed three main reasons you should not use brain dumps and offered a different mind set you might choose to adopt when taking exams. From my perspective, failed attempts are part of the journey. It took me two attempts to earn my CCNA R/S. It took me three attempts to earn my CCIE R/S, and of course my exam history is peppered with many other “failures.” However, by choosing to earn your certs, rather than leaning on brain dumps, you’ll take much more pride in your accomplishments, knowing you’ve earned it.