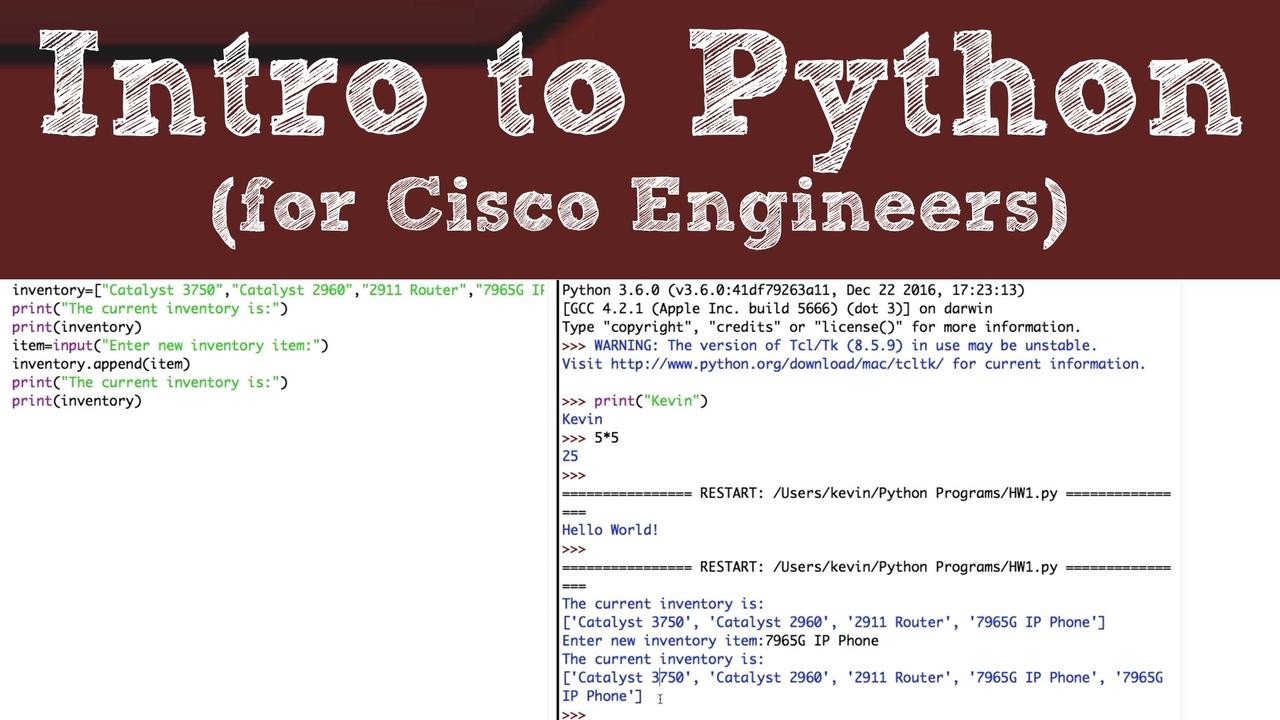 The day-to-day tasks of Cisco network engineers are in the midst of a major industry shift. Specifically, we’re moving away from traditional command line interface (CLI) commands, and moving towards having programs do the work for us. The industry term for this new environment is Software Defined Networking (SDN). Cisco’s SDN product suite is called ACI. As an example, we could write a program to talk with a Cisco APIC controller, which could then send out commands to multiple Cisco devices (e.g. routers and switches).

Fortunately, this video will break the FUD (Fear, Uncertainty, and Doubt) surrounding Python. Specifically, in this video, you’ll learn: