How "Deep Work" Can Advance Your IT Career 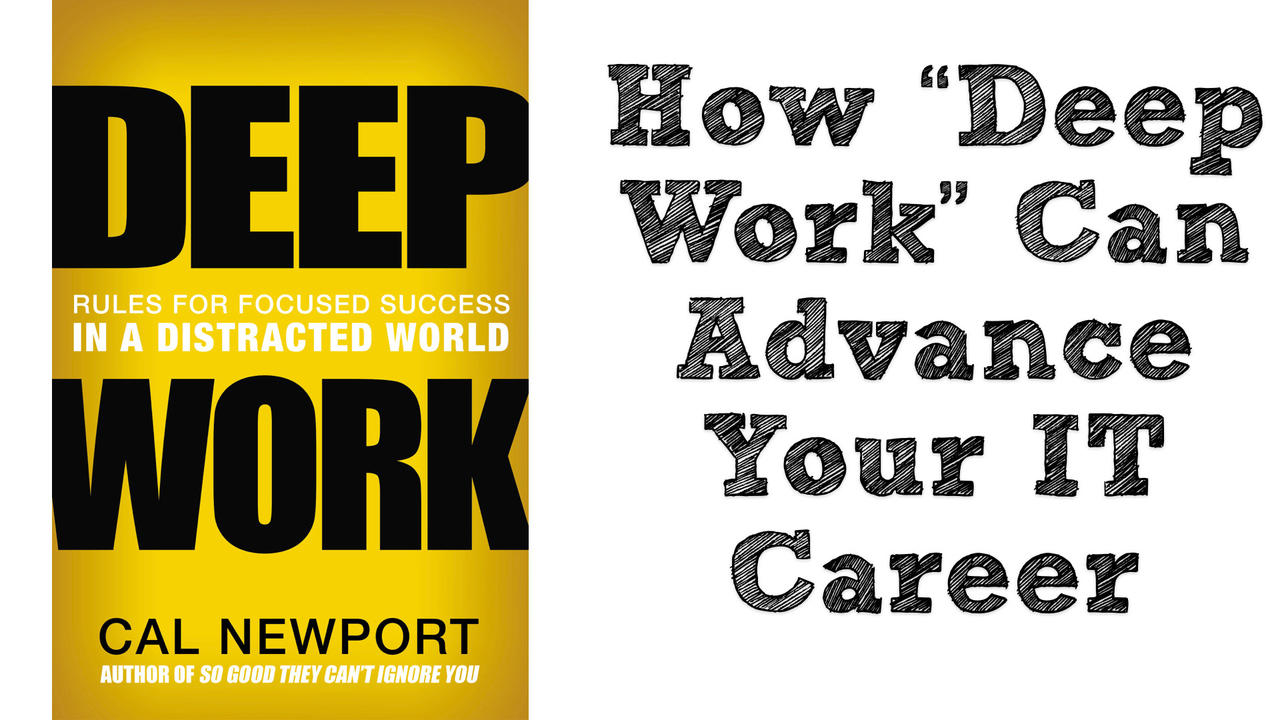 Recently, I bought the book Deep Work, by Cal Newport. The book gives us a strategy for becoming much more productive. In hopes that you’ll read the book too and really apply it in your work, let me tell you about a time I implemented what it teaches. 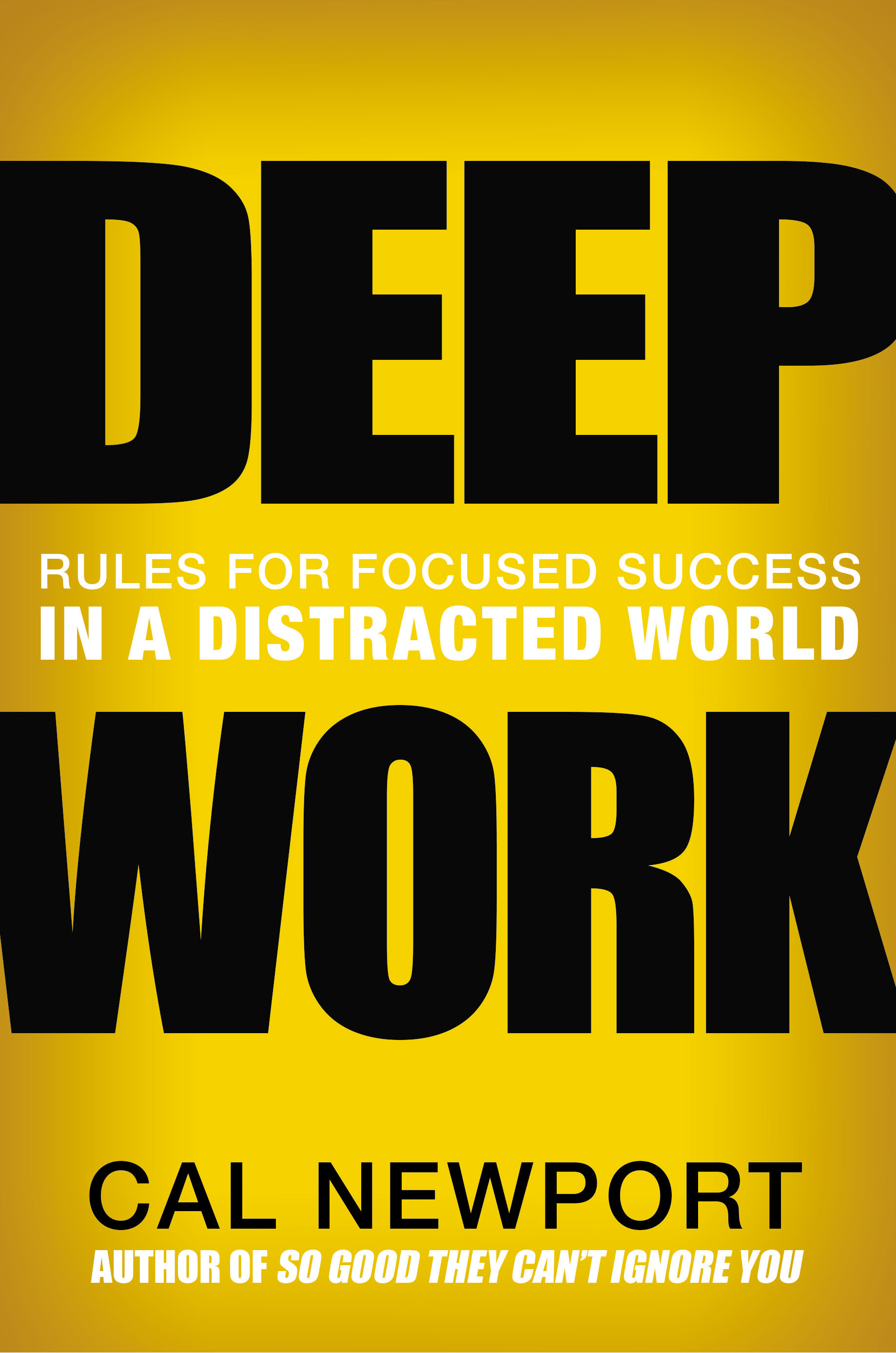 As part of my Network Programmability Fundamentals video course (which comes out in October 2017), I was trying to figure out a chunk of Python code that came from the Cisco DevNet site. The struggle was real for me every time I spent a few minutes trying to figure out what some of the lines of code were doing, and how everything worked together. So, I decided to use what I’d been reading about in Deep Work. First, let me give you an overview of the book. Then, I share with you how I used it.

The author begins by pointing out how in today’s technological world, we have many interruptions. Think about your day. Your sitting at your desk, and you receive a text or an e-mail that interrupts your flow. Maybe you have meetings to attend throughout the day. (However, as Steven Covey taught us, just because something appears urgent doesn’t mean that it’s important.) Unfortunately, being immersed in all of these distractions causes us to rarely, if ever, push our mental capabilities anywhere near our capacity.

Think about it. When is the last time when you really pushed yourself to think about something intently, and you kept that intense focus for an extended period of time? Compare how we use our brain to how we use our muscles. I used to have a personal trainer that frequently had me lift weights “to failure,” as he called it, meaning that I pushed my muscles so hard, they were literally incapable of doing one more rep. We can get tremendous muscle grown by occasionally pushing them to failure. Just imagine what we could accomplish if we occasionally pushed our cognitive abilities that hard.

In the book, the author identifies three ways to get ahead in today’s marketplace. The first one we don’t have much control over, but the good news is, we can control the last two. Here they are:

While we might not be in a position to invest large sums of money in tech startups, we can choose to become a superstar or a highly skilled worker. The author, Cal Newport, says there are two core abilities that help put us in one of those two categories.

This is where deep work comes in. Deep work is the opposite of shallow work. If we’re doing shallow work, we’re easily distracted, perhaps by e-mails, our instant messaging (IM) application, or maybe we’re getting interrupted by meetings. We’re not pushing our brain’s capability anywhere near it’s limits.

In contrast, deep work happens when we’re in a distraction-free environment. In that environment, we push our brain’s cognitive ability well beyond the point we typically push it when doing shallow work. Since most people are not going to be pushing their brains that hard, that gives us an edge if we practice deep work. It allows us to do things that are more difficult to replicate. However, the reality is, we live in a world full of distractions, like phone calls, e-mails, IMs, and meetings. That doesn’t even include our social media, which many of us feel obligated to periodically check (As a side note, checking our social media releases Dopamine in our brains, which can lead to a chemical/emotional addiction to social media). This all begs the question, “How do we do deep work?”

The author says we need to schedule the time during which we’ll be doing our deep work. You don’t just hope you’ll happen to find some free time and do your deep work then. Instead, you want to schedule blocks of time on your calendar, maybe daily or maybe weekly, you’re dedicating to doing deep work.

The author is not a fan of social media. He says that if you cannot make the case for how using a social media outlet (e.g. Twitter, Facebook, or LinkedIn) makes your career better, you should avoid or dramatically reduce the time you’re currently spending on that social media outlet. He acknowledges we do need periods of distraction, but they should be scheduled periods of distraction. For example, you might setup a time (or times) during the day when you’re going to check your e-mail, or a time to check your social media accounts (if it’s for business purposes, such as managing your Facebook ad campaigns).

The big takeaway from the book, for me, was that we need to by extremely intentional about our scheduling. By scheduling time for deep work on a regular basis, we can become a superstar or a highly skilled worker. That will make us more valuable to our employers and help us advance our careers faster.

An example of when I intentionally did deep work was when I was recently trying to figure out some Python code. Specifically, I wanted to teach something in a training video I was making for my upcoming Network Programmability Fundamentals video course, and I didn’t fully understand the code to be explained in the video. For a few days I dabbled in the code, trying to figure it out. I’d do an Internet search for a certain command, or I’d glance at the code and try to figure out how one part of the code branched to another part. However, there were lots of moving parts, and I just wasn’t getting it. So, I decided to put into action this deep work approach I’d been reading about.

To begin, I scheduled when I was going to be doing my deep work, and told my family they might not be able to reach me until I had a scheduled break. I put my iPhone in Do Not Disturb mode. I turned off the IM app on my computer, my office phone’s ringer was turned off, and I scheduled one hour to go through that Python code line by line. I would figure out what each line did and determine how it could be taught in a very simple way. Also, for me, having some background music helps. So, I fired up Spotify, and set a timer on my iPad for one hour.

During that one hour, I pushed myself hard. I was able to think much deeper than I typically do. Associations and linkages came to me, showing me what was going on in the code. After that hour, there was still more to figure out, but the progress had been tremendous.

A break was scheduled after that first hour of intense focus. So, after a brief rest, I went back at it for another hour. That was followed by another break, and then another hour of deep work. Then, about 30 minutes into my next hour block, I was finished. I would be able to shoot a video and explain exactly what each line of code did, and explain it in a simple way.

Now it’s time to ask yourself where you could use deep work. Perhaps you’re going after (or plan to go after) your CCIE certification in your chosen track. That would certainly make you a highly skilled worker, or maybe a superstar. At this point in your career, maybe your next step is to earn your CCNA R/S. Whatever it is, I encourage you to identify it, and schedule on your calendar when you’re going to focus on it by doing deep work. When that time arrives, shut out all distractions, and get busy.